The court proceeding at the Metropolitan Court continues between Energy Club and the National Atomic Energy Agency’s Nuclear Safety Directorate (OAH-NBI). Press was present in great numbers, unfortunately no decision was made yet. 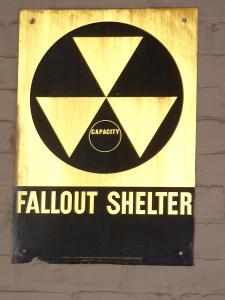 During the previous hearing, Paks Power Plant Rt. joined the respondent. The Power Plant proposed to ban the public from the court proceedings but the judge ruled against it. The legal counsel of Paks Power Plant asked for the rejection of the claimant’s petition, saying that the required data are trade secrets or fall under the protection of copyright laws, thus they cannot be considered public data. Furthermore the Shareholding company is not within the scope of the data protection act. They are required to publicize data within the scope of the Nuclear Act, which is done through their public information brochures. According to their opinion they do not have to comply with the Environmental act either, since they are required to operate according to the nuclear authorities’ procedural regulations. Energy Club wanted to acquire the calculations and measurements according to which the respondent decided that the removal of the fuel cells did not pose unacceptable levels of risk and gave permission for the discharge of the fuel cells.

The goal of the Open Government Partnership (OGP) initiated by American President Barack Obama is the establishment of a transparent, efficient and accountable government/administration. The HCLU and K-Monitor have prepared proposals on commitments to be undertaken by Hungary.

The draft Bill on Social Participation will repeal the now operative law on lobbying. This proposed measure would lead to an increase in oppurtunities for corruption by curtailing the transparency of public decision-making.

For the occasion, we have gathered a few significant freedom of information (FOI) lawsuits from the past year.