On Tuesday the members of the parliament – 185 voting for, 137 voting against, 1 not voting- approved the amendment of the health law, according to which single women are entitled to participate in artificial insemination procedure in the future. 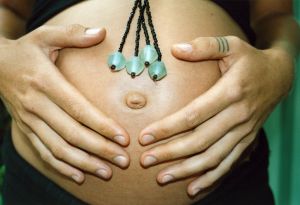 The Hungarian Civil Liberties Union (HCLU) welcomes the Parliament’s decision, by which the possibility of having children by artificial insemination opens up for single women as well. Before this amendment only married women or women living with a partner were allowed to take part in such procedures.

According to the new law that will be in force by July, 2006 the conditions for a single woman being entitled for the artificial insemination procedure are: that there is a high probability that she is not able to bear a child in natural way either as the result of her age, or as the result of her health problems.

The amendment needs a subsequent formal approval. The Parliament has to enact the text of the law in its entirety together with the newly approved amendments. The act will be in front of the Parliament for final enactment next Wednesday.

HCLU has been highly concerned about two other related issues as well: to repeal the rule of anonymity in matters of egg-donation and to restore the possibility for surrogate mothers. Unfortunately, in these questions, unlike in the artificial insemination issue HCLU has not achieved its goals yet. Our organization will keep working devotedly on these issues as well, so that the law will hopefully be changed towards the direction we believe it shall be changed.

As part of our campaign "I have a child with me," we conducted a unique survey of Hungarian healthcare institutions, submitting 64 public interest data requests to hospitals with maternity or children's wards.

Ágnes Geréb, midwife who stood before the judge for engaging in professional misconduct resulting in death and in permanent disability received a 2-year prison sentence. She is also banned from practicing her profession for 10 years.

People Living with HIV Discriminated by the Health Care System

People living with HIV and AIDS often face refusal during their non-HIV-related health care, and are directed to the out-patient HIV-unit of Szent László Hospital, the only hospital in Hungary to provide ARV-treatment and care for PLWHIV.
Read more »