This page explains the fundamental problems of the regulations governing secret surveillance carried out for national security purposes in Hungary. We then briefly describe the different available remedies, and you can also see exactly how each of our clients' cases are progressing. This is also where you can find the latest developments in our cases.

You can find out the details of our activities in the Pegasus case on this page.

What is the problem with the regulation of secret surveillance?

In Hungary, even surveillance that breaches fundamental rights can comply with the letter of the law: there are no strict conditions for ordering it, and it is authorised by the Minister of Justice instead of an independent body. Surveillance operations as a whole are supposed to be overseen by the data protection authority (the National Authority for Data Protection and Freedom of Information), which, however, cannot be considered an independent body (its head is chosen by the prime minister), and which has already proven that it is unfit for this task, as it did not investigate the constitutionality and compliance with international law of the legislation governing surveillance. Once the surveillance is over, targets have no means to access the data obtained: on the one hand, they are not informed that they have been monitored and, on the other hand, as explained below, there is no independent body with the power to investigate complaints from data subjects.

2022.08.11. - We informed the UN Special Rapporteur for Freedom of Opinion and Expression about the Pegasus case

The HCLU has summarised how the Hungarian state used the Pegasus spy software to monitor several people, including journalists. We sent a letter to the UN Special Rapporteur for Freedom of Opinion and Expression, Irene Khan, in which we also wrote about the domestic and international procedures initiated by the HCLU to remedy the rights violations. We asked the rapporteur to follow up the case and to use the means at her disposal to take action against the Hungarian state's abusive surveillance.

The letter is available in English at this link. 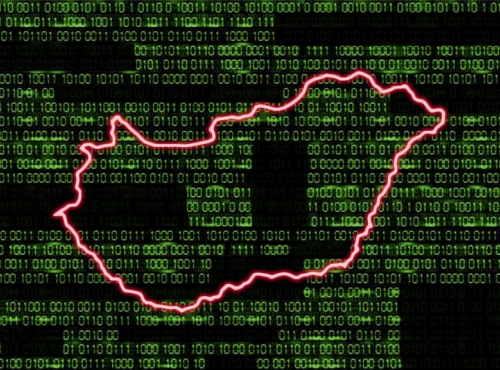 Complaint to the Minister overseeing the secret services, then to Parliament's National Security Committee

As the Minister is a member of the Executive, his/her investigation is obviously not independent. Once the complaint has been rejected, an appeal can be made to Parliament's National Security Committee, but this is not quorate if the government MPs boycott its sessions, which they usually do in sensitive cases. When the Committee was eventually able to hold a session on the Pegasus case, its minutes were classified until 2050. The Commission cannot provide an adequate remedy in any case: as a political body, its decisions are inherently subject to political bargaining.

Proceedings of the Commissioner for Fundamental Rights (Ombudsman)

The Ombudsman has limited access to secret service files and there is no time limit for his/her procedure, which could be abused in politically sensitive cases. This is not just a theoretical possibility: submissions from the HCLU are often simply ignored by the Ombudsman. He has so far brushed aside the task, claiming that it is the responsibility of the National Authority for Data Protection and Freedom of Information (DPA)—even though a Constitutional Court ruling states that the Ombudsman must investigate abuses by the secret services.

The President of the Data Protection Authority is appointed by the President of the Republic on a proposal from the Prime Minister, so this body cannot be considered independent. Moreover, the very creation of the Authority was problematic: the Court of Justice of the European Union ruled that its predecessor, the Data Protection Commissioner, whose term of office had not yet expired, had been unlawfully removed from his post. Most tellingly, the NAIH examined the legality of the surveillances where Pegasus was used, and found everything to be in order—as it did not investigate at all whether the rules allowing surveillance in virtually all cases met the criteria of fundamental rights.

Civil lawsuits under the Act on Informational Self-Determination

Request for a clearance to access classified information; administrative proceedings

Anyone about whom classified information is being processed may request access to it to the extent that this does not prejudice national security. However, according to the secret services, each and every request is always prejudicial to national security because it could lead to conclusions about their activities. The decision can be challenged in an administrative lawsuit, but the courts fully share the services' position, and the Constitutional Court ruled in June 2022 that it has no power to overrule the courts' assessment of fundamental rights—which would in fact precisely be its duty.

Since the specifics of the surveillance can only be found out with a clearance, the above means that no one can ever know what material was collected on them by the secret services and why. This is illustrated by the fact that our FOI request showed that the Constitution Protection Office rejected all 270 requests for clearance between 2018 and May 2022.

Moreover, the ultimate aim of all the procedures described above is precisely to obtain such clearances, which means that the most we can expect is to demonstrate that there is no effective legal protection against abusive secret service surveillance in Hungary. Nevertheless, we are pursuing this procedure with our clients to exhaust all possible domestic “remedies”.

Mass litigation before the European Court of Human Rights (ECtHR)

The ECtHR already found in 2016 that there is no effective control over secret surveillance in Hungary. It is unlawful that a minister, rather than an independent body, authorises the surveillance, and that the persons concerned have no way of being informed about it afterwards—and consequently cannot seek legal redress.

The HCLU, in cooperation with human rights lawyer Balázs Tóth, is lodging a complaint with the ECtHR on behalf of almost 40 people working for CSOs or the independent press, who fear that they may be subject to increased surveillance because the rules have not changed since the ECtHR’s decision. If the Court finds a violation, it will essentially declare that the entire civil sector and the independent press in Hungary are under threat. Whether the ECtHR will accept the complaints or expect our clients to turn to the ineffective Hungarian redress system first is still a question.

Read more about this and our other international procedures here.