In Asia hundreds of thousands of drug users are detained under inhumane circumstances in compulsory rehabilitation centers. Now HCLU, along with international organizations such as UNAIDS or UNODC, is calling for the closure of these camps.

According to estimations, there are hundreds of thousands of people kept in compulsory drug detention centers in Vietnam, China, Thailand and Laos. It is easy to get in to one of these centers. Some people enter voluntarily in the hope of kicking their drug habit, others are sent there by their families who pay for their “treatment”; but in some cities, it often happens that the military police just collect street children, drug users, sex workers and other groups on the street considered “deviant” by the authorities and detains them in a camp for years, without any due process or right of appeal. It’s easy to get in – but it’s hard to get out. Detainees are often forced to work for free, starved, beaten, tortured and raped – but they don’t get any treatment or rehabilitation. If they finally leave the camps, they feel more disintegrated from society than at any time before. The vast majority of detainees who leave the camps start to use drugs again or engage in other illegal activities. The governments of Laos, Cambodia and Thailand received millions of dollars from Western governments to build camps to treat drug addicts. Tax payers in donor countries had no idea what is happening in these camps before Human Rights Watch documented the widespread human rights abuses. One of the centers – Koh Kor – was closed thanks to human rights advocacy but there are still too many in operation. HCLU, along with international organizations such as UNAIDS or UNODC, is calling for the closure of these camps. We hope after watching our new movie more people will join us and put pressure on these governments to stop the abuse in the name of drug treatment.

If you want to learn more read the related reports of Human Rights Watch: 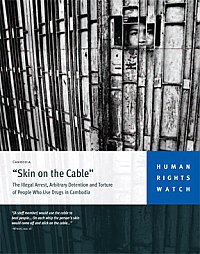 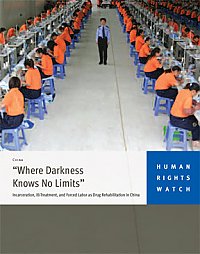 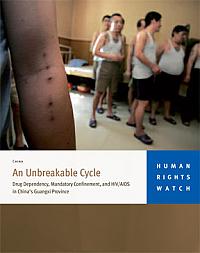 The HCLU produced 140 online videos in 2011. Each year we make a picture illustrated interactive portfolio which explains our activities and briefly introduces the films. We proudly present the 2011 issue. Enjoy and share!

In 2010 HCLU produced 127 videos. There are 91 foreign language (English or Russian) and 36 Hungarian language videos. Besides drug policy, we produced many interesting films in the fields of HIV/AIDS and human rights, disability rights, freedom of speech and freedom of information, and within the framework of the HCLU's roma program on the issues of roma rights. All our films from 2010 are available from this picture illustrated portfolio.