As we reported last year, the largest needle and syringe program gave up the unequal struggle for survival, and closed its doors at the end of August. Blue Point, the NGO operating the program in Budapest's District 8, suffered several budget cuts and a disproportionate rent-rise from the hostile municipal council. When the program ended, we warned the public that this would result in an escalation of the problem, because the clients wouldn't disappear – they would re-use needles, or attempt to access services in other parts of the town, where there is no capacity to take on new clients.

Watch our video about the closure of the program - you can turn on the English captions!

Unfortunately, we were right. A smaller needle and syringe program in District 13, operated by the Drug Prevention Foundation, experienced a huge increase in the number of daily visits by clients: in August, on average, they had 40 clients a day - a few weeks later, this had risen to more than 80. The service was located in the basement of a house in a busy central part of the town, and could physically accommodate only a few clients at a time, so people had to line up in front of the entrance before they could get their needles. Some people living in the neighborhood complained because of the nuisance, and the municipal authority issued an official summons for the Foundation to cease needle and syringe provision.

The NGO tried to negotiate with the local council and find a new home for the program. Eventually, the authorities offered them alternative premises in a less central area of the district, but a special clause was attached to the rental contract, expressly prohibiting needle and syringe distribution. This means the NGO is allowed to provide counselling and psychosocial help to drug users, but no needles. For several years now, prevalence of HIV among injecting drug users in Hungary has been low, but it is clear from the examples of Romania and Greece that new epidemics can evolve rapidly, when there is no access to harm reduction services. In some parts of Budapest, seven out of ten drug users are living with hepatitis C, a deadly virus responsible for liver disease. 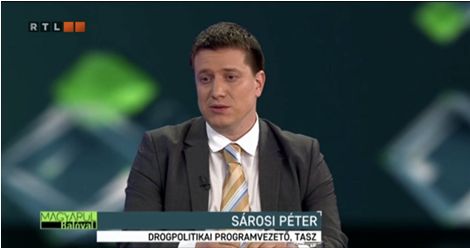 The HCLU’s Drugreporter, a leading voice in support of harm reduction in Hungary, has produced a short video and blog on this subject, generating media attention for the issue. One TV show invited me to debate with a Conservative mayor about harm reduction, but my opponent refused to take part. Although the national anti-drug strategy adopted in 2013 aims to provide access to harm reduction services "without stigmatisation", the government has declined to comment on the closure of the second needle and syringe program.

On behalf of professional organisations, we sent an open letter to the General Assembly of Budapest, urging them to re-open needle and syringe programs. We have also called on them them to create an urban drug strategy and a sytem for coordinating urban drug-services, because individual districts have a shared responsibility, and cannot tackle their drug problems in isolation.

Discrimination during aid to flood victims

The HCLU has received information from several flooded northeastern settlements of Hungary, that in the Roma-inhabited parts of town, help came too late or not at all. This happened in Sáta as well.

On the eve of World AIDS Day, the HCLU organized a demonstration in front of the Hungarian Ministry of Health to light candles in memory of the victims of AIDS. The demonstration was also to demand that the Ministry of Health and the National AIDS Commission fulfill their mandates as outlined by international documents and the National AIDS Strategy; and to communicate that the present favorable epidemiological situation should not be left to mere luck, but be the result of a well-planned and delivered strategy.