The Press Freedom Centre (Sajtószabadság Központ), The Hungarian Civil Liberties Union (HCLU) and Protect the Future (Védegylet) demand the Government to revoke the T/18708 draft Act on protection of classified data submitted to the Parliament. 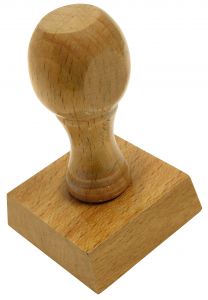 The civil organizations also demand the Government to prepare a new draft law that is based on overall social discourses and complies with the standards of a democratic state. The present draft law, if approved by the Parliament could raise basic constitutional concerns.

According to the Government it was Hungary’s accession to the European Union that raised the need for the overall review of the Act on state and service secrets.

In our view the inconsistency of the present regulations in force gave some hope to the journalists, who have been accused of violation of state secrets. The new draft law together with the relevant sections of the Penal Code reinforces the threatened position of journalists.

In our view in the 21st century the legitimacy of the State should be based on open, democratic social discussions. Information on our environment, on our health and information related to living conditions of future generations have particular significance as public affairs related information. The draft law if approved would enable governments to deprive citizens from having open social discourses on public affairs and would also deprive them from the option of forming alternative decisions that are different from the governmental positions.

State secrecy regime is traditionally the main barrier to freedom of information.

The objective of the democratic changes in 1989 was to create new data protection laws that balance out the transparent state-opaque citizen idea. The Press Freedom Centre, HCLU and Protect the Future find that the present draft Secrecy Act does not follow such objective at all, therefore it is completely unacceptable.

According to the draft Secrecy Act these sections of the Penal Code would stay in force.
In our view, it is unacceptable that parallel with the drafting of the new Secrecy Act the relevant sections of the Penal Code are not reviewed and amended as well. There is a frightening possibility that the approved draft Secrecy Act together with the relevant Penal Code sections presently in force can result in disabling real fact finder journalism in Hungary. Such state would be altogether a violation of our rights for information on public affairs.

In the new draft law there are further limitations of the freedom of information. As opposed to the present regulations the new law under particular circumstances – regarding cases of less than 15 years of secrecy period - would not even require to indicate reasons for classifying an information secret.

All data can be classified as secret?!
The draft law’s specification of secret data does not stand for the standards of a democratic state. The specification for data that can be classified as secret data set out by the new draft Secrecy Act does not comply with the requirements of “necessity and proportionality”.
The categories of the draft law’s data specification are enormously extensive. The sections that classify statistical data on public affairs and on public funds as secret data are completely unacceptable.
Moreover the draft law enables the government to classify all international affairs related data as secret data as well, without respect even to the relevant international conventions.
All relevant international conventions that for security or public health related reasons allow governments to classify information as secret data narrow down such authorization only to the necessary measures.
The Data Protection Act based on certain conditions enables state authorities to keep those data secret that are related to their decision preparation. The new draft Secrecy Act if approved would undermine the protection of freedom of information embedded in the Data Protection Act.

Social consensus
The new draft law affects the entire political platform. Since the secrecy regime is a straightforward barrier to freedom of information and to democratic social discourses the Press Freedom Centre, HCLU and Protect the Future call for an overall social discourse for establishing a new legitimate secrecy regulation.

About various consequences
In case the draft law is approved by the Parliament, a today’s grownup Hungarian citizen among many other consequences, for example may never

Report on a FOI lawsuit against the Atomic Energy Authority

The HCLU together with seven other environmental and legal defence NGOs sued the Hungarian Atomic Energy Authority (HAEA) as it has refused to present data of public interest. The first court hearing was on 25th February 2005.

In its judgement, the Court of Justice of the European Union has declared the Data Retention Directive invalid. Based on the Directive, service providers were keeping phone records and other personal data for 6 months. We have decided to undertake the lengthy process of actually eliminating this European law in Hungary.

Some of Hungary's major anti-corruption NGOs have turned to EU Competition Commissioner Joaquín Almunia. The NGOs are concerned about a giant project financed with state aid and therefore urged the Prime Minister to immediately suspend the 'murky' 130 mn EUR investment, financed by an EU fund and the Hungarian Development Bank (MFB). Gordon Bajnai, Prime Minister of Hungary finally ordered the Ministry of National Development and Economy to make the feasibility study of the project public.